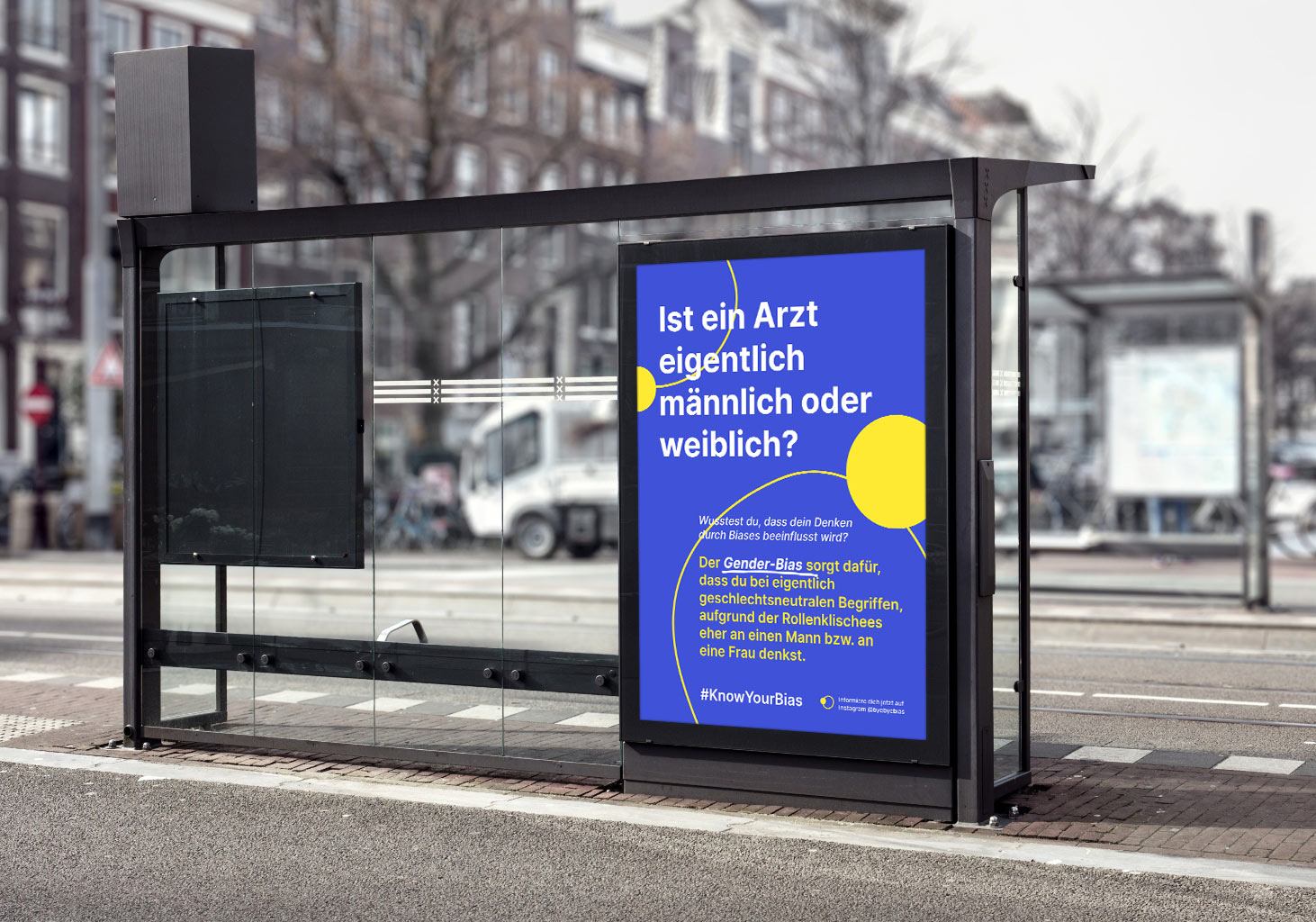 With the help of the fictitious organization Bye Bye Bias, people are being informed about the different types of cognitive biases and their effects. For this purpose, a communication strategy was developed that is intended to create awareness and sustainably inform people.

Biases are unconsciously anchored in every human being. These biases influence our daily thoughts and actions. In total, there are over 180 cognitive biases. Most people are not aware of their own biases and are influenced by them in their daily actions. 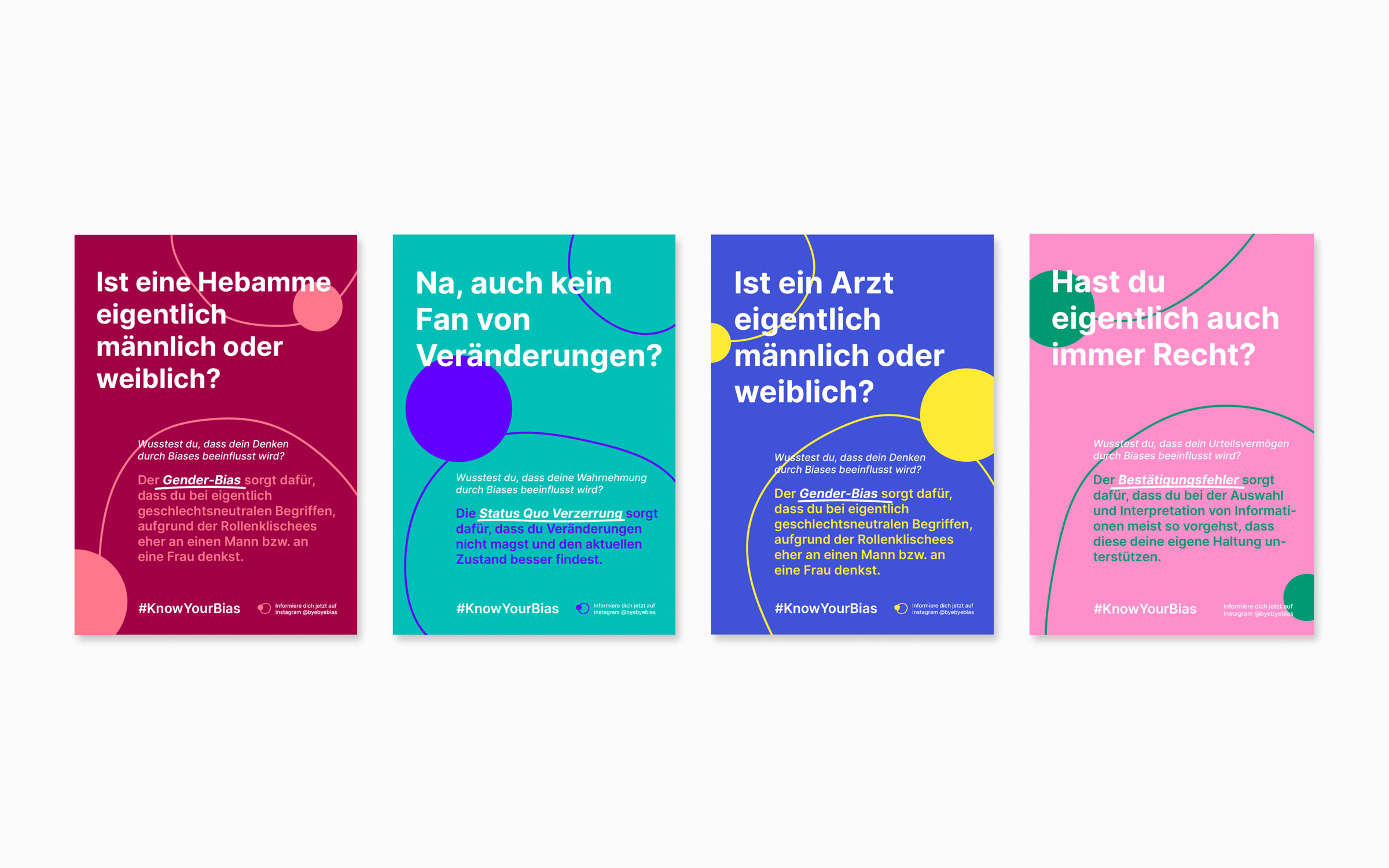 People should reflect on their own ways of thinking and acting with the knowledge about biases. By informing about various biases, the actions of other people can become more comprehensible. Especially people with a lot of power (like managers, recruiters, authority figures like teachers etc.), who have a direct influence on the future and the lives of others with their decisions, need to be educated as well.

This resulted in two dialog groups for us, which we intended to reach. On the one hand, the public, since we see great potential to close an existing knowledge gap. On the other hand, we see it as necessary to reach people in authority because of the power they have to act and the influence they have on others.

"We want to specifically educate the public about the various forms of biases and their impact in everyday situations." 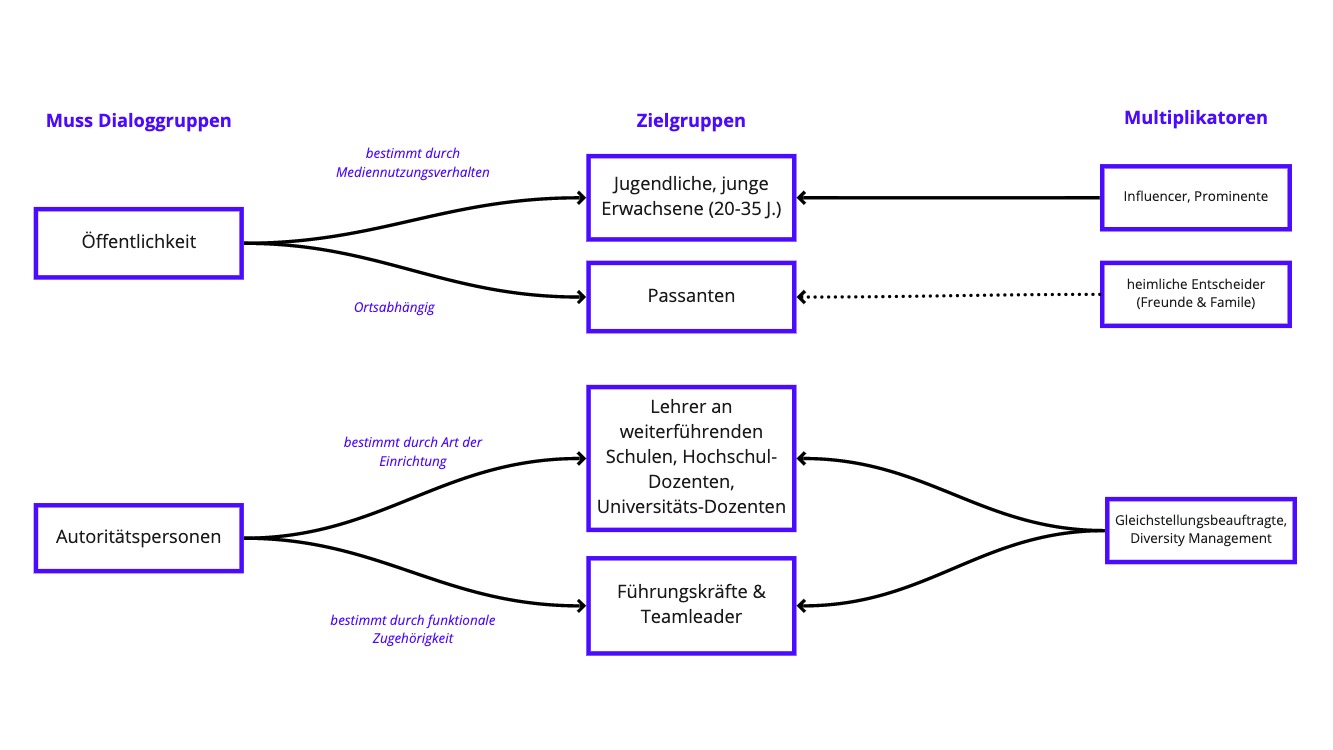 -> The focus of dialog groups of Bye Bye Bias

The goals of the organization include, on the one hand, to provide education, but also to create a sense of responsibility about biases and one's own actions. Various measures are used to try to achieve these goals. The measures take place by using different channels in order to reach as large a crowd as possible. 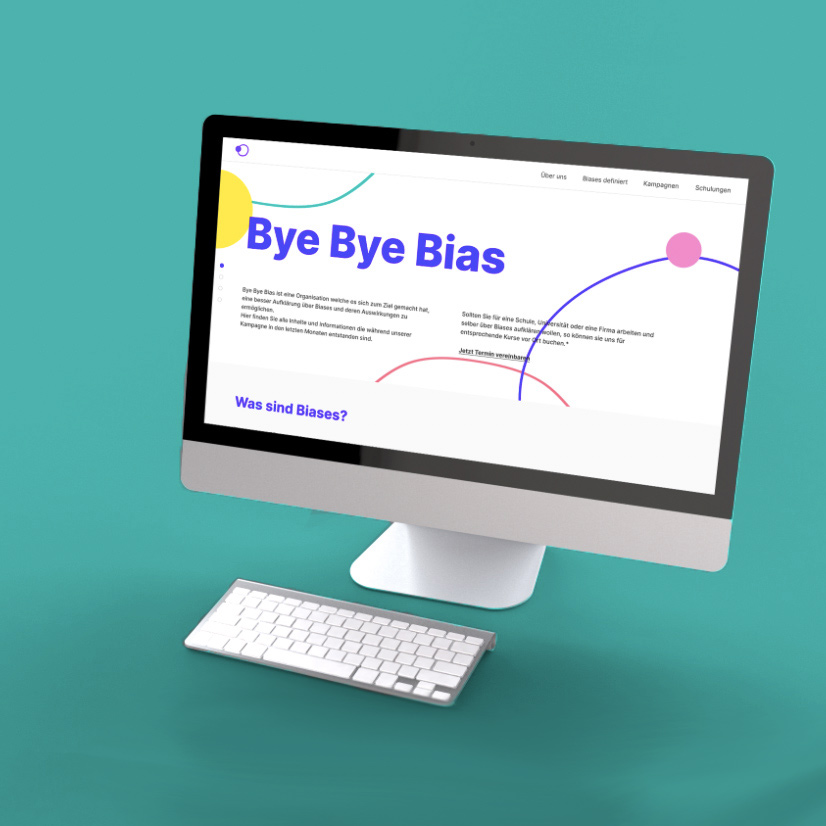 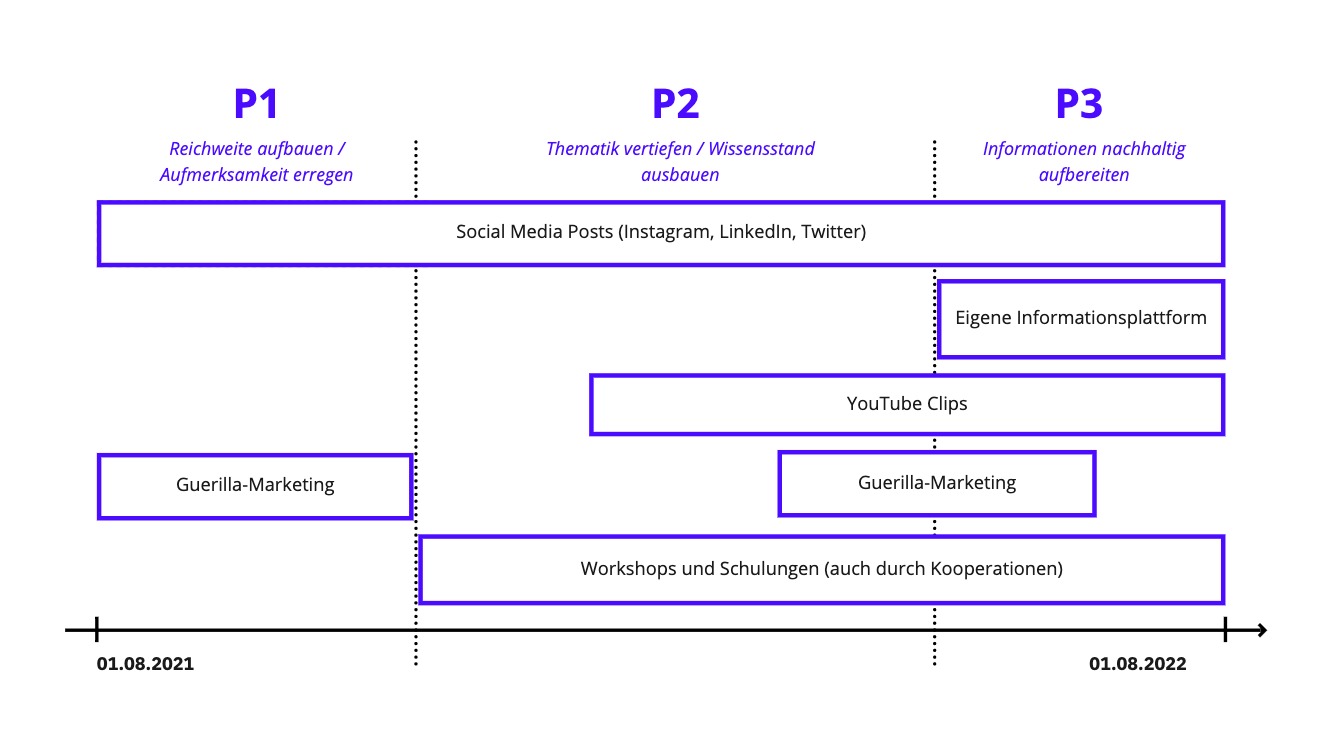 The social media campaign accompanies both actions and the social media channels provide a reliable point of contact and opportunity for further reference. Later on, the organization offers training and expands its own repertoire by launching its own platform. This is intended to serve as a comprehensive reference work on biases and to communicate the forms of biases in a tangible way to a young target audience by including short YouTube clips. 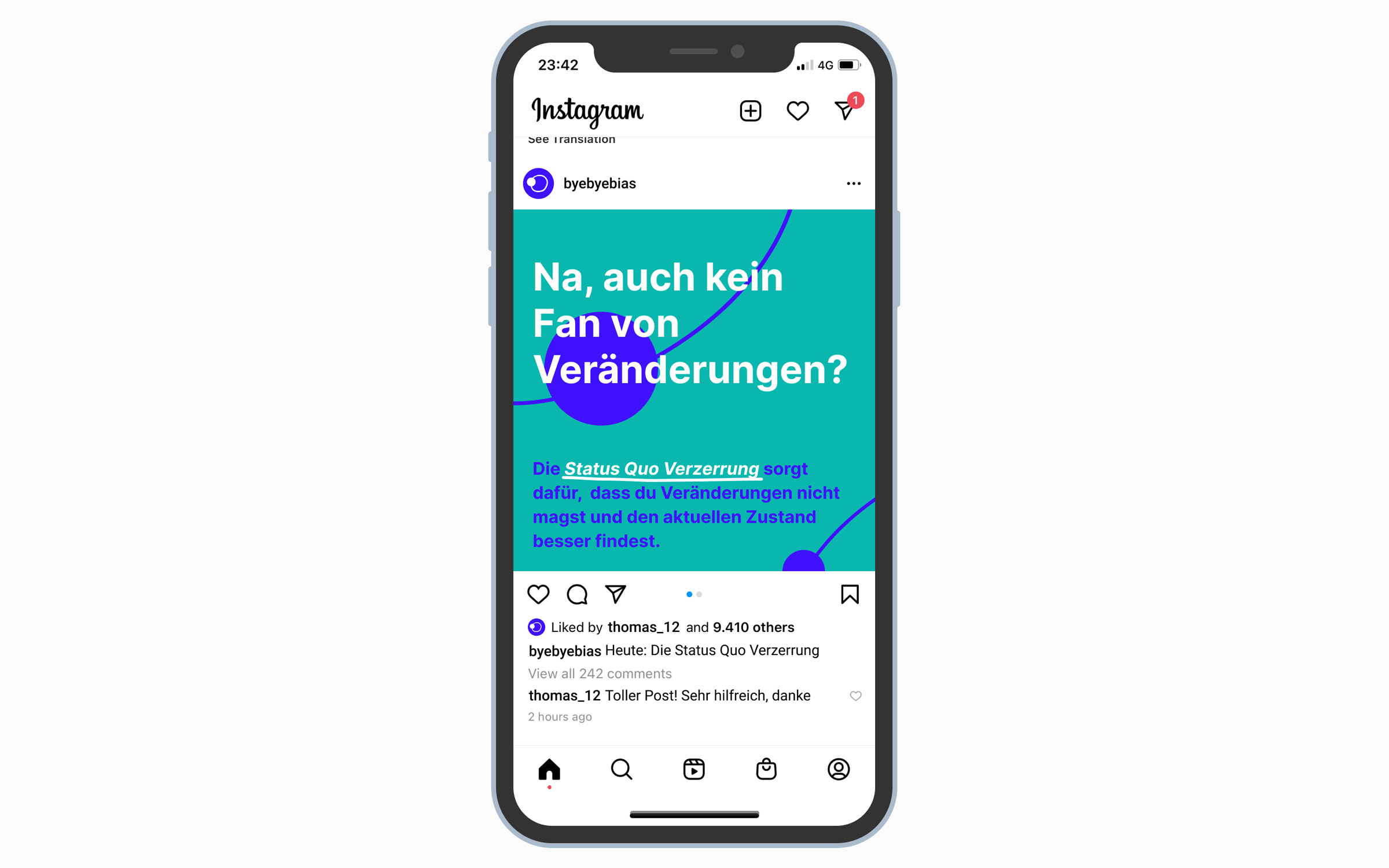